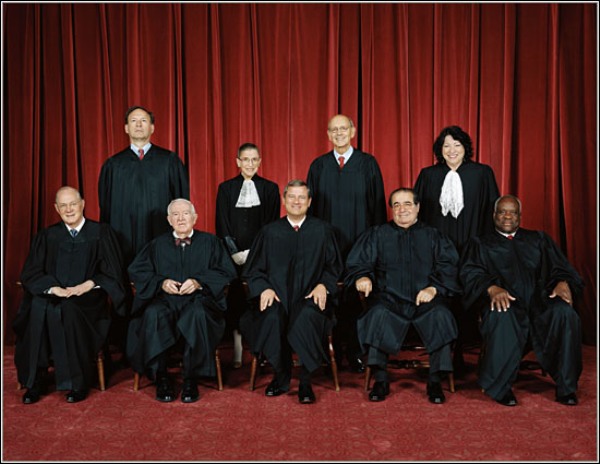 I remember it like it was yesterday.  In the fall of 1994, I was an intern for the North Carolina Democratic Party. The 1994 elections were a watershed of fear, racist projection, and ignorance. The election night parties were full of tears and slack jaws as damn near everyone went down.  I went home with my tail between my legs.

Devastated by the previous evening’s events and looking for solace I stepped into the HBCU counseling center office of my play mom, Ms. Chisholm.  A South Carolina native, she made everyone feel like family but wasn’t a stereotypical, syrupy sweet, southern Mom. She looked up and saw the newspapers I had collected announcing the Republican sweep and said gravely, “we’re in Hell.”

This week has felt like that as a veil of ignorance and fear descended over Washington in the wake of Scott Brown’s election to the United States Senate in Massachusetts.  A wake up call to be sure, it provoked some interesting reactions and farcical moments.   As the president finally located his stones and called for a broad tax on the predatory banks to recoup the trillions in bailout largess they extorted from the U.S. Treasury, the Supreme Court reversed a century of precedent and plunged the United States back into the Gilded Age of Robber Barons and monopolistic trusts.

President Obama only had a year-long window to make any kind of change and he squandered it by trying to compromise with the Republicans, the banks, and the insurance companies.  Everything from here on out will be filibustered unless Harry Reid uses reconciliation.  But even that handy little tool will be useless with the new toy the Supreme Court has given our corporate overlords.

Campaign Finance Reform, an issue I care deeply about but never discuss was front and center yesterday as the Supreme Court struck down any limits on corporate independent expenditure campaigns on free speech grounds.  They now have the power to use their general treasuries and their billions in profits to buy every friendly politician in sight or mount saturation level campaigns targeted at their political enemies.

Scared by the browning of America and the Presidency of Barack Obama, the Supreme Court finally pulled the trigger on fascism, shredded the constitution under the guise of interpreting it, and effectively destroyed our Democracy.  The Republicans will finally be able to rely on an endless tsunami of cash to fund their campaigns and elections will be nothing more than contests to see who can most effectively whore out to the corporations.

I refuse to participate in, to borrow a phrase from Keith Olbermann, a “farcical perversion.” I will finish this election season out and work for the candidates I have committed to but this is Skeptical Brotha’s last campaign.  I’m done.  I am going to do what I should have done years ago and finally learn Spanish and French.  I am going to leave this country and go somewhere that doesn’t elevate the rights of corporations over the rights of people.  I love my Momma.  I love my Daddy.  I love my family, but I refuse to stay here and be a slave on this corporate plantation.