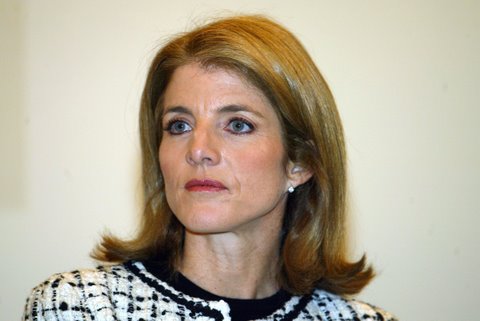 I find it ironic and disengenuous that the Hillarycrat detractors of Caroline Kennedy, a New York resident for over four decades, would have the temerity to suggest that the Harvard University educated author, lawyer, and philanthropist lacks the necessary qualifications  to represent New York State in the United States Senate.   Ms. Kennedy has always been a dignified, understated and classy mover and shaker that has used her celebrity,  talent, and money to help other people.   Politically, nobody could beat her under any circumstances.   She can raise the money and would maintain the current number of women in the senate, which is already too few. Where the hell were these people when Hillary decided to accept the phony draft of New Yorkers to run for the Senate in a state she had never lived in?  Caroline Kennedy has been a New Yorker longer than the Queen of Triangulation has been a blond.   I am relieved that she has decided to throw her hat in the ring.   If David Paterson is smart, he’ll appoint Caroline without any more deliberation and secure his re-election at the same time.

Caroline started off, Oprah broke it down, Michelle kept it real, and Maria Shriver surprised everybody and spoke from the heart. The Kennedyesque themes of hope and opportunity are reaching people all over the nation and Obama is rapidly closing the gap. Nayayers like Juan Williams believe that Hillary still has a huge advantage, others see that this race is far from over and will not be decided on Super Tuesday.

Senator Obama himself spoke to a crowd of over 20,000 in Delaware while Bill Clinton was banished to the chitlin circuit of Los Angeles black churches to hawk his snake oil for Hillary. CNN described his foray as a “mea culpa tour.” I think its too little and too late for most blackfolk. Clinton is reduced to having Negro surrogates vouch for him and introduce him to African American audiences now. Before he sought to racially polarize people, that would have been unnecessary. He could have gone anywhere to talk to blackfolks and been received warmly. Now, folks have to remember that they are in the House of the Lord and remain polite. Sad.

The one thing that mystifies me is the stasis field a lot of African Americans seem to be stuck in torn between Hillary and Obama. I never thought it would be a tough choice for somebody like Snoop Dog. The Clintons would like nothing better than to diss somebody like him for a 21st century Sistah Souljah moment. I thought the brotha could see that.

The Clintons are so desperate for Negro support now that they will go anywhere and do anything for it. Hopefully folk won’t fall for the okeydoke.

As for the polls, they’re all headed in one direction-toward Obama. The only question is whether there is enough time between now and Tuesday to overcome Hillary completely.