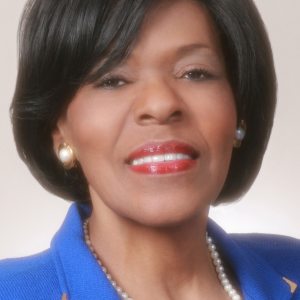 Michigan State Senator Hansen Clarke, according to his facebook page, is gathering volunteers and gearing up to challenge Michigan Congresswoman Carolyn Cheeks Kilpatrick, the mother of scandal plagued former Detroit Mayor Kwame Kilpatrick. It is my contention that Mrs. Kilpatrick is in serious danger of losing her seat in the August Primary.

Mrs. Kilpatrick’s favorable ratings are in the toilet. According to the last poll taken in August,  her re-elect number is 27%, which is beyond toxic.   The recent headlines surrounding her son’s refusal to pay restitution to the city following the sex-scandal that drove him from office and the imminent joint indictment of her son and ex-husband, cannot possibly have helped matters.

The former chair of the Congressional Black Caucus is facing a formidable challenger.  Clarke, 52, a biracial brotha of East Indian and African American descent, is a gifted, low-key politician with a progressive record of achievement in the Michigan Legislature. Clarke sponsored legislation to impose a two-year moratorium on foreclosures that disproportionately plague black and brown communities.  Moreover, he introduced a bill to expand hate crimes laws to protect those targeted on the basis of sexual orientation or gender expression.   Clarke challenged Kwame for Mayor in 2005 and made a brief run for Governor this year before he ended his candidacy.  This is a race he can win.  If he goes forward and files, and has the field all to himself, the odds are heavily in his favor.

I’ll have more to say about this in a later post.