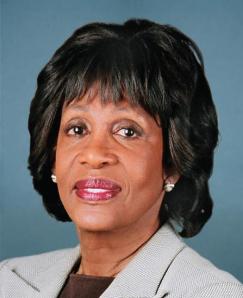 WASHINGTON (AP) — The House ethics committee on Monday announced three counts of alleged ethics violations against California Democrat Maxine Waters, including a charge that she requested federal help for a bank where her husband owned stock and had served on its board.

Waters, a 10-term representative from Los Angeles, has denied any wrongdoing and had urged the committee to come forth with details of the charges so that she can defend herself in a trial expected to take place this fall.

That trial would be the second handled by the ethics committee this fall. The report says Waters asked the Treasury Department to meet representatives from the National Bankers Association, a trade group representing minority-owned and women-owned banks. The discussion at that September 2008 meeting centered on OneUnited Bank. OneUnited eventually received $12 million in bailout money.

She petitioned to have the charges dismissed, but the ethics committee rejected that request.

The first count said she violated House rules that members “shall behave at all times in a manner that shall reflect credibility on the House.”

It said that her husband’s financial interest in OneUnited had declined from $350,000 at the end of June 2008, to about $175,000 in September, and would have been worthless if OneUnited had not received federal funds.

The second violation pertains to the use of improper influence that results in a personal benefit. It cites the failure of Waters to instruct her chief of staff to refrain from assisting OneUnited after she realized she should not be involved in the case.

The third count relates to the dispensing of special favors or privileges to anyone, whether for remuneration or not.

I’m still making up my mind about the seriousness of these charges and will wait for more definitive information. What’s your take?