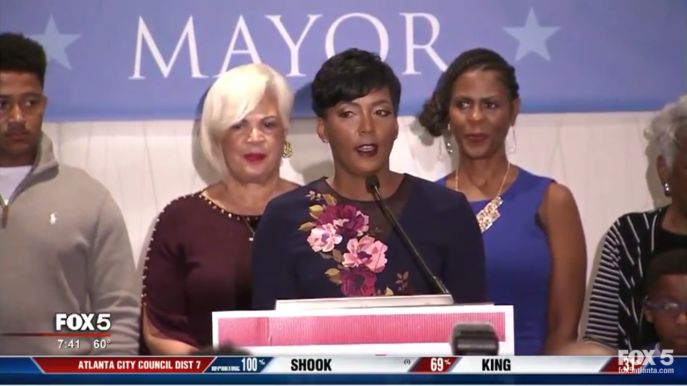 Kasim and Keisha’s scheming to put her in the Mayor’s office would be an excellent successor to House of Cards or Scandal. I’m sure Shonda Rhimes could whip something up on the fly. Kasim brought the full weight of his Machiavellian brilliance to bear in destroying Keisha’s progressive rival Vincent Fort, and establishment threat Ceasar Mitchell. He managed all this while presiding over a massive bid rigging scandal, complete with indictments.

Atlanta’s Hillary Clinton, former Republican Mary Norwood, is the indefatigable obstacle standing between Keisha and the prize she’s had her eye on for years. 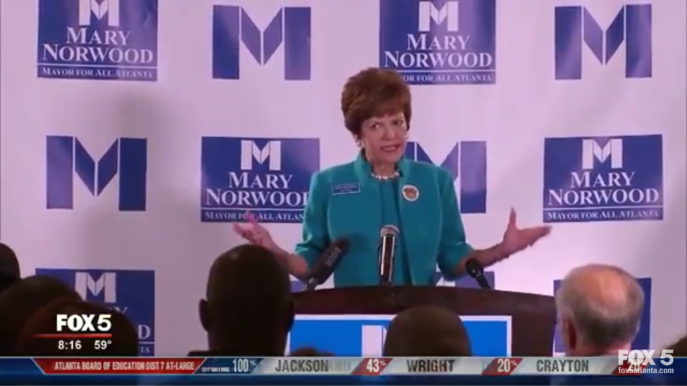 The second rise of Mary Norwood, and two other serious White contenders, foreshadows the loss of Georgia’s crown jewel of Black power and influence, and is exhibit A in why shitting on the Black poor for forty years, criminalizing homelessness and poverty, destroying public housing, and conspiring with the forces of gentrification is ultimately self-defeating. If you want to be HNIC, you should make damn sure there are plenty of Negroes to be in charge of. 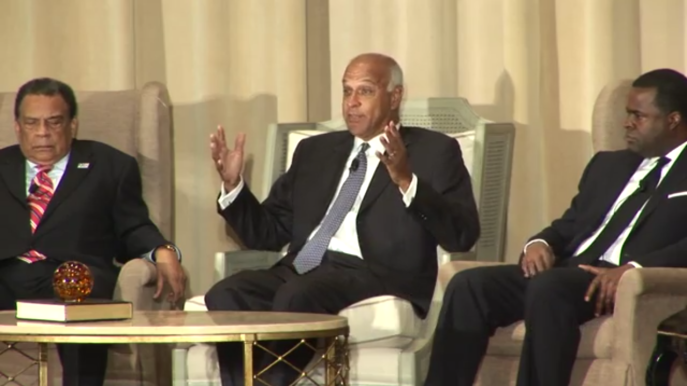 The Black leadership class in the Black mecca of Atlanta, the birthplace of Martin Luther King Jr, was never as electrifying, thoughtful, and progressive as he was. The current malignancy, which masquerades as legitimate Black leadership, was formed from the embers of the civil rights movement following the assassination of Dr. King.

Once upon a time, Black politicians fought for “the least of these,” in keeping with the example of Dr. King’s poor people’s campaign, and his solidarity marches with Black working-class sanitation workers in Memphis before his death. 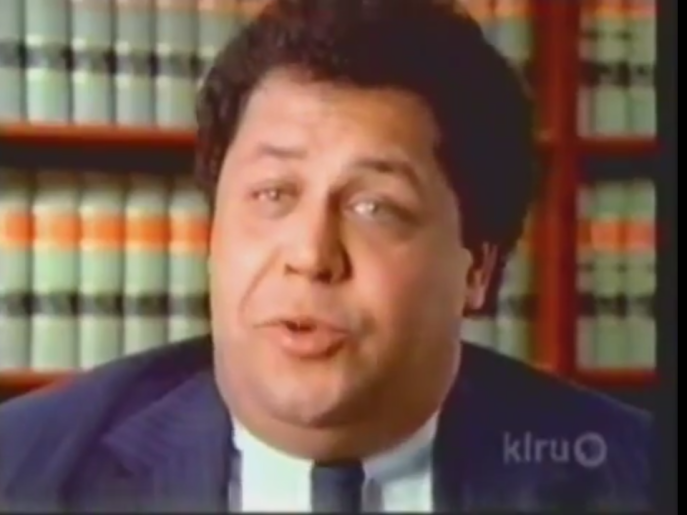 Maynard Jackson, then a City Councilman, cynically used his defense of the sanitation workers to create a name for himself, and marshal the Black community to defeat Massell for re-election. As Atlanta’s first Black mayor, Jackson betrayed the same sanitation workers, broke their strike, rebuffed their demands for fair pay, and hid behind the vocal support of Martin Luther King Sr, all while forging an incestuous relationship with the corporate power structure that got him reelected, and endures to this day.

Four decades of collusion with the corporate power structure has led us to this moment of gentrification, displacement, divestment, disillusionment, and quite frankly, delusion.

Black leadership in Atlanta has come to resemble the ostentatious greed & bullshit prosperity pimps that sell champagne wishes & caviar dreams to the desperate masses at the Black megachurches the area is known for.

Preserving Black power in Atlanta isn’t worth the cost if the price of a ticket is Keisha Lance Bottoms. A professional handkerchief head like her has about as much to offer Black people as the Wizard of Oz, or in our case, the Wiz.

We should ease on down the road that Black leadership depravity has paved, and vote for the White lady. She couldn’t possibly be any worse.